What?
When visiting Japan, you can’t miss the unique architectural designs. These days, Japanese architecture is a hybrid of traditional style meets modern and western convenience. 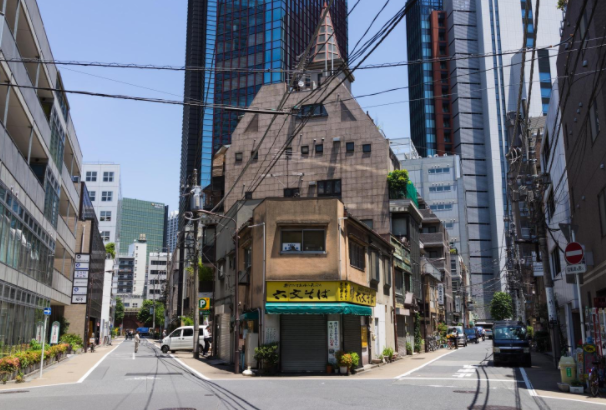 Architecture in the Sudacho Old Restaurant Area. Many buildings in the area were built in the 19th and 20th Century.

Traditional buildings in Japan are plentiful, so for this blog, we will focus on one of Japan’s most iconic artistic buildings: Kinkaku-ji temple (金閣寺, Golden Pavilion).

Kinkaku-ji temple was burned down several times over the years. It was finally restored in 1955 and in 1987 its gold leaf coating was added, returning the structure back to its former glory.

Kinkaku-ji is a shimmering golden temple, that sits in the heart of Kyoto City. It was built in the 14th century and converted to a Zen Buddhist temple not long after in 1408. The history of Kinkaku-ji is as colourful as its hue. It has suffered at the hands of war, arson, and rebellion, but now as a UNESCO World Heritage Site, it is protected for all to see, learn about and enjoy. 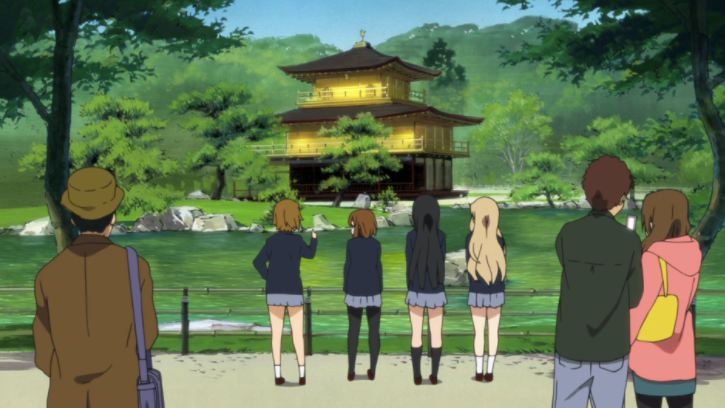 UNESCO World Heritage site Kinkaku-ji temple featured in a scene in the popular anime series, K-On!, adapted from a manga of the same name.

Why?
Japan hosts 21 world heritage sites, 17 cultural sites and four natural ones. The protection of its traditional architecture is seen as preservation of Japan’s history and culture. Kinkaku-ji sits in the grounds of a grand garden, at the center of a large pond. Visitors can enjoy watching the brightly colored koi carp swimming in the pond, a common sight in many waters in Japan. The fish is highly respected. 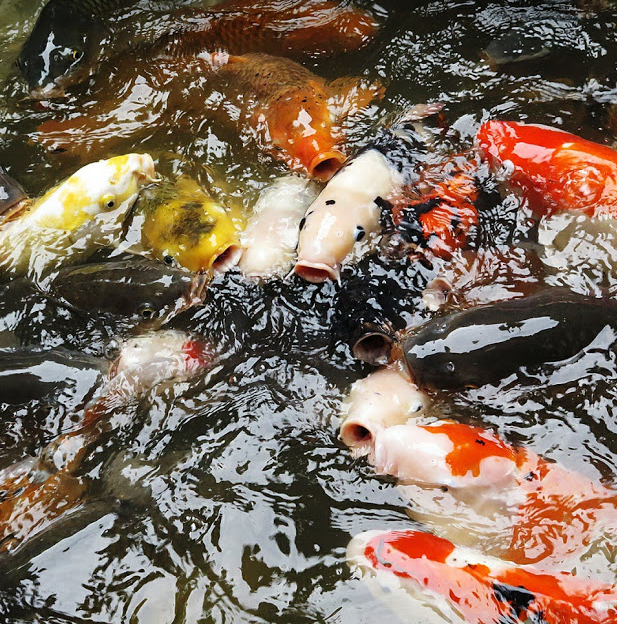 Image credit: Lorrie Hayman
Koi pictured at the famous Miyajima shrine in Hiroshima prefecture. Koi carp can be found all over Japan, especially at famous shrines and temples.

Kinkaku-ji was originally built as a retirement complex for the famous Shogun (military commander), Mr. Yoshimitsu. Now thousands visit the temple each year. Tourists can always expect beautiful views no matter the season: it’s snow-capped in winter, glowing in spring and summer and surrounded by fierce reds and oranges in autumn.

How?
While you may not be able to build your own life sized gold shimmering temple, you can create your own version. You could draw a picture to show your take on the traditional Kinkaku-ji temple. Or you could use what you learned in our Ukiyo-e post to make a woodblock print. Cut a basic outline of the temple and then build up the detail by adding color! It is up to you to decide how to capture the intricate details of Japanese architecture. 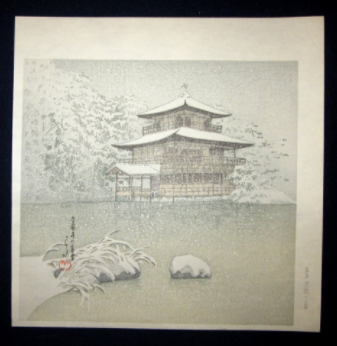 Maybe you can get some ideas from this tutorial on making a simple house out of one sheet of paper. Tip: draw your design on before gluing it together to make it easier. 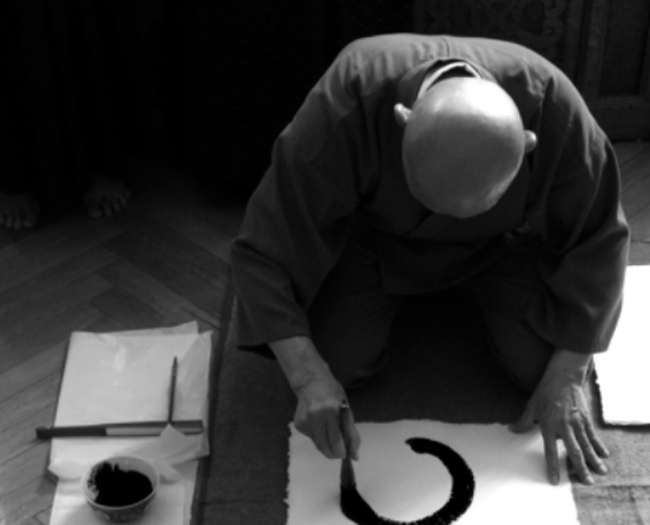 Shodo: the Art of Calligraphy

Shodo is the art of Japanese calligraphy - a unique way of telling short stories and poetry by painting symbolic characters. It is sometimes done with enormous brushes instead of pens, pencils or feather quills. More